Husband and wife team Elliot & Lauren Byrd founded Byrd’s Eye Studio in 2016 with a mission to plan, capture and publicize the amazing things happening at skydiving events around the world.  They are not only teammates in life and business but in the air as well as members of Phoenix XP, the current US National Women’s 4way Team. 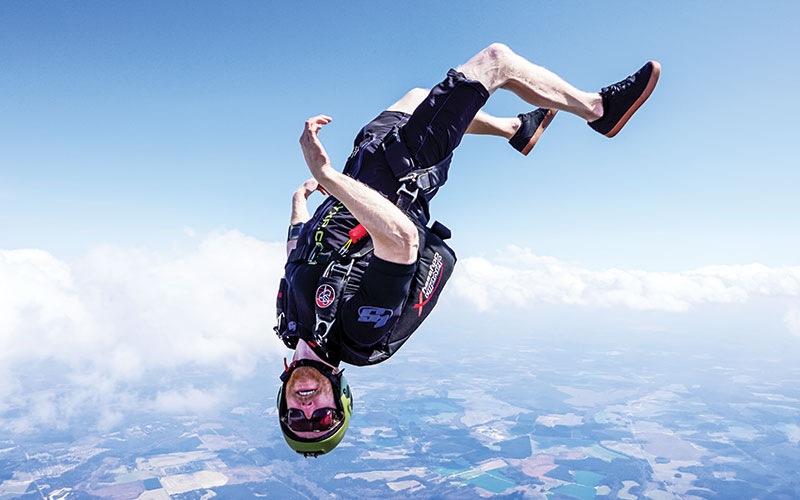 Elliot is a professional skydiving photographer, videographer and storyteller with a “try anything once” attitude.

His skydiving began as a weekend hobby while in college and remained that way as he pursued a successful career in marketing, honing his skills in social media, product presentation and video production. But as he became more involved in the sport of skydiving he realized that there were a lot of amazing products, events and people that remained relatively unknown because no one was there to tell their story. That’s when he made the leap out of the corporate world into Byrd’s Eye Studio.

For Elliot the end product of every project is more than just a memento for the memory book, it’s about capturing an experience in which people are genuinely having a good time and sharing that energy with the world.

When he’s not in the air Elliot is always looking to see what’s next for Byrd’s Eye Studio whether that’s drone photography or even something land based like commercial and promotional video production he’ll try anything once and he’s always ready for the next challenge!

Elliot is also an active FS videographer flying for SDMW NEXT and AirspeedXP8 for the 2020 and 2021 seasons. He flew for his wife’s team Phoenix XP at the 2018 World Meet and 2019 World Cup. In 2019 he won 4 Way and 8 Way USPA nationals flying video for SDC Rhythm XP and XP8. He is also a member of the US Parachute Team and looking forward to representing the US at the 2021 World Meet in 8 Way FS. 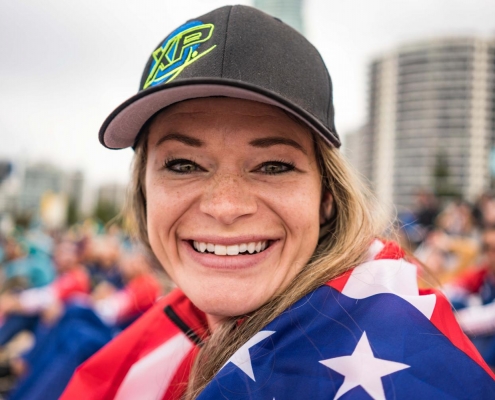 Lauren manages the organizing and coaching side of Byrd’s Eye Studio with a passion for goal setting and achievement. She works hard to ensure that every jump, at every event, is a teaching moment offering its participants an opportunity to safely improve their skills.

After completing her first jump in 2011 she found her passion and never looked back. Since then she has logged over 2500 jumps and has organized skydiving events throughout the country including the North Carolina Women’s State FS Record at Skydive Paraclete XP in 2017.

In addition to her work with Byrd’s Eye Studio, Lauren is an active FS competitor. She founded Phoenix XP, and was honored to represent the US at the 2018 World Meet and 2019 World Cup. Learn more about Lauren’s Phoenix XP journey. Currently, Lauren flies Point for Skydive Midwest NEXT. In her spare time she loves snuggling her kitties and flying her Valkyrie.